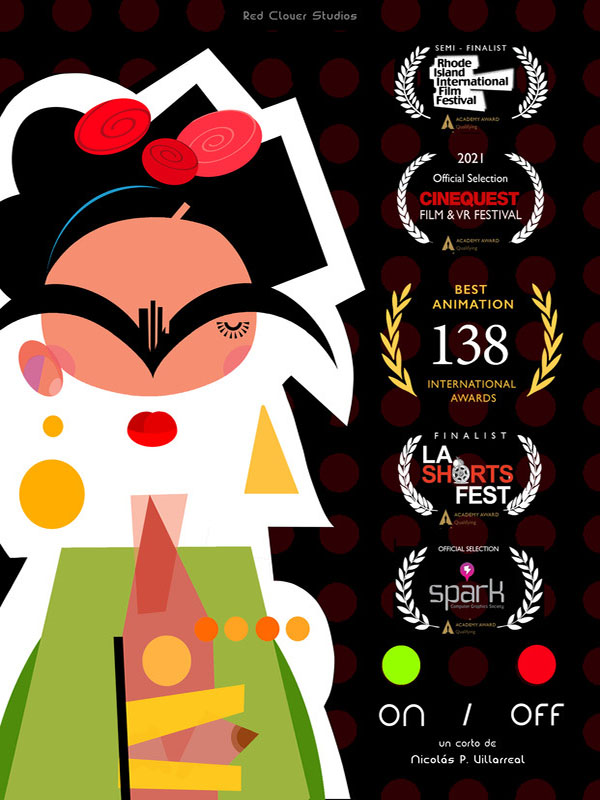 Nicolás P. Villarreal was born and raised in La Plata, Argentina. He studied at the Escuela of Animación y Cinematografía de Avellaneda where he earned a degree in 2D Animation. While studying animation, he was taken under the wing of Miguel Alzugaray, a well-known fine artist from Argentina. He continued studying animation and fine art painting until he entered the Master’s Program at the Academy of Art University in San Francisco. Villarreal graduated with honors in the Spring of 2002, and since then he has been working as a traditional animator, character designer, sculptor and Visual Development artist for films and video games including Walt Disney Studios, Sony Computer Entertainment, Jim Henson Studios, Sega, Reel FX, Digital Domain, Duncan Studios, and Amazon Studios among others. He has given presentations at Pixar Animation Studios, Dreamworks Animation, Apple, Stanford University, The Sydney Opera House, and several universities in South America and Europe as well as a TEDx talk.

Nicolás is the co-founder of Red Clover Studios where he is currently developing his first Feature Film as well as the writer and director of the awarded animated short films “Pasteurized”, “Nieta” winning Best Animated Film at the Toronto Kids International Film Festival 2015, co-writer and Director of “The House of Colors” and the live-action short film “Things are looking up”.

He is also the Director of the Visual Development and Traditional Animation Department at the Academy of Art University in San Francisco, where he shares his experience with his students.

ON / OFF relays my view of today’s technology and how social media can be a considerable distraction to creative minds and discipline. Something that can derail you inadvertently from a passion that you may have and dedicate less time to neglecting it. It’s my imagination and perspective of how geniuses like Frida Kahlo, Da Vinci, Beethoven, and Tesla would have interacted with it as well as their attitude and decision making towards their work with their counterparts today.

My favorite films, shorts, features, documentaries are the ones that leave me thinking about the content after the fact, questioning my life and or inspiring me. I hope this film does the same about how we interact with technology and social media and shows us how there could be a possibly different future utilizing it for something productive, creating things that we feel we have to get out there.

Hopefully, it will make them go back to that passion that they have and the urge to create something that they have been keeping in the back of their minds. You can use social media and technology for your work, but it can also be a black hole that sucks you in it. I hope the film’s message leaves the audience questioning their attitudes towards their passions and thinking if they are letting aside something great that they could be doing by inconsequential and ephemeral social media content that won’t affect their lives positively.