The Integrative Perspective is an independent feature length documentary film that has won 16 awards including Best Feature Documentary, Best Director and Best Editing – directed by award winning author and associate producer of the PBS series “Ageless Living,” Nathan Crane, exploring the shocking and often misunderstood causes of cancer, while investigating the new paradigm of holistic and integrative approaches for preventing and reversing cancer. 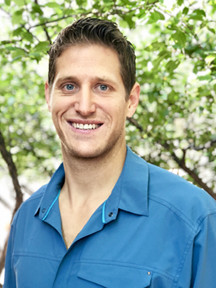 Nathan is the Founder of The Panacea Community, Creator of the Global Cancer Symposium, and Director and Producer of the documentary film, Cancer; The Integrative Perspective.

By his early twenties Nathan overcame years of addiction, jail and homelessness to become an international teacher and speaker of health and healing.

Mr. Crane has received numerous awards for his contribution to health, healing, and personal development including the Outstanding Community Service Award from the California Senate for his outstanding work in education and empowerment with natural methods for healing cancer.

Nathan is a regular contributor to a number of national magazines, has appeared on dozens of television and radio interviews, and teaches at conferences, expos, retreats and festivals around the country.