Two best friends from the inner city and their love for music, fall into the trap of betrayal, thoughts of fame, and addiction. Can They ever comeback from their bad choices? Is forgiveness possible after betrayal? Filmed in Daly City and Vacaville,CA Written and Directed by former Daly City resident and radio producer 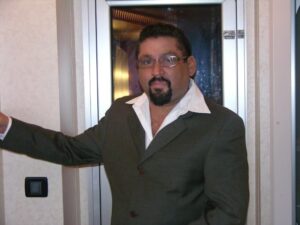 Award winning radio producer, Eric Santos along with his crew were awarded a Gold Medal at The New York Film Festival for “Best Editing” as well as a Silver Medal in “Best Sound.” Eric produced numerous sport and political talk shows throughout his career, with his latest being the producer for the Michael Savage Show in San Francisco. Employed as a producer for the San Francisco Giants, Oakland Raiders, Golden State Warriors, and San Jose Sharks is where Eric’s interest and professional sports and producing came together.

Recently retired from radio, Eric is now directing his attention toward developing and writing movie scripts that have been placed on his heart for many years. Many of the people that he has met, have inspired the true-to-life characters that are in his films.