“I Resign” is the first public short film about Institutional Racism that received over 100,000 views on Youtube within 7 days! It is alarming to note that anti-national, anti-constitutional ideas of racism and race superiority are spreading fast in the land of freedom, especially in enterprises, threatening the very own foundation this great country was built upon. This short film is a look into the question – Is racism spreading in United States now?

The short film and its makers have gained a wide followerbase of over 35,000 people, who would be excited to know about the inroads this little film is making and each film festival it gets nominated would be an exciting avenue of interest for our followers. Our team of 7 would be excited to be present during the film festival premiere event and network. We are also excited in supporting the festival in any way we can if there is an opportunity. 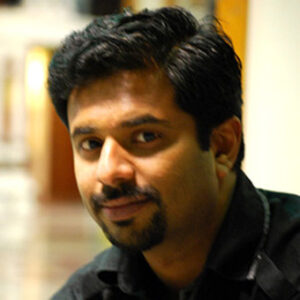 Jay Mohan is a filmmaker based out of Dallas, Texas. As a new comer to the Dallas movie making arena, he started making films only from 2018. Within a short span of time he has made three short films covering multiple aspects of human life that has received worldwide recognition. As a computer engineer and software business owner by profession, he started down the path of filmmaking due to sheer passion. His enthusiasm to create stories covering wide variety of human emotions while his characters are faced with common diabolical yet heart wrenching hurdles make him stand out. As a story writer, director and cinematographer, he dreams of painting frames that will touch human emotions.