During a thunderstorm, a mother must face that her son is growing more independent when he’s not coming back home for dinner. 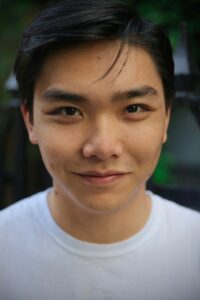 Stephen studies at NYU Tisch School of the Arts, majoring in undergrad Film & TV. Born in San Francisco, raised in Beijing, he is bilingual and has cross cultural experiences from a young age. He studies undergraduate Film & TV at NYU Tisch School of the Arts, specializing in screenwriting and directing. He mainly collaborates with writers his age to writes genre-blending feature-length scripts that are at crossroads of Chinese and American stories. Stephen is currently working on his thesis film, an Chinese-American absurdist horror planned to shoot in May.

The One and Only Jewish Miss America