John, a father, is forcibly separated from his daughter and gets deported out of U.K by his unfaithful wife. John loves his child and he will not let another man raise his child. To make quick money and get back to his daughter, he forces himself to penetrate a world class gated community to kidnap another child away from her father. How the kidnap unfolds and out of nowhere who John must encounter, and whether John succeeds in his mission or not makes the film one hell of a watch. 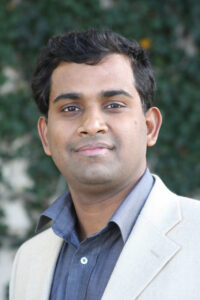 Prabhu Selvaraj grew up watching films as a child, watched thousands of them even before his college.

While he played the duties of a son of a small time grocer, husband and a father of two wonderful children, he kept his passion for films bloom and glow as bright as the sun itself. By profession, he was into software by 2001 in Mumbai, then moved to Germany for couple of years and eventually to USA.

In Germany, by 2007, Prabhu decided to pursue film making full-time and make it his life’s true goal.

During his 9 years of stay in USA, he worked in plenty of features, music videos, shorts, and stage dramas. The height of his career was, working with Microsoft at a senior position, but for his true love and passion for cinema, he had let go off his job in 2015 and move to India to pursue film making full-time.

‘Red Handed’, a fictional film, is written, directed and produced by Prabhu. It is featured in multiple prominent festivals and is a winner in many of them.

Having had a roller coaster of a life, Prabhu has abundant life experiences and is now living his dream as a professional film maker.

Where Is My Home 雇来的爸爸