In order to learn life lessons and before she can write an inspiring screenplay, Ava, an aspiring writer must face her fear and bias, her most disturbing demons. 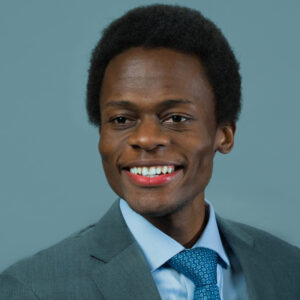 Rodney Kimbangu is a Filmmaker based in Berea, Kentucky. He graduated from Berea College in May 2020 and has attended the New York Film Academy in Los Angeles in 2018. Rodney is a life-long learner, driven by a deep desire to make meaningful art.

He’s directed a little over five student films, among which Other, Future shock, Forever in Motion, Enlightened, and Unfulfilled. He’s also directed Lituka, a personal project that followed an entrepreneurial young boy who makes charcoal stoves in the Congo (DRC).

Rodney has always wanted to be a filmmaker. While he had no clue how he’d do it, he learned drawing, sculpting, dance, painting, computer coding, as well as photography to keep his creative mind active. Dreams and the human condition inspire him; often, he wakes up on portions of scenes that he quickly writes on sticky notes. While looking forward to, one day, working in movies starring actors such as Will Smith, Leonardo DiCaprio, Helen Mirren, Samuel L. Jackson, Tom Hanks, or Tom Cruise, he is now brainstorming his next microfilm.

The Most Beautiful View Of Back 最美背影