Based on a true story. B. and his older brother Jay were raised to be gangsters, it’s in their blood. They hope to change all that but when B begins suffering from severe Panic Disorder, all their plans fall apart. 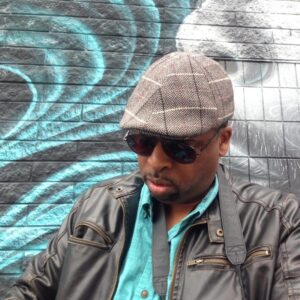 Jahmal Holland is an award winning filmmaker who creates visual and narrative stories through drama, documentaries, and music. His first directing effort was a viral music video which attracted interest from CNN, The Discovery Channel and Intel Electronics. His first feature film, released in Nigeria, “Still Standing” is available on Amazon On Demand, and earned him a nomination for best screenplay, and award for Best Diaspora Film. His USC thesis film Spanish FLY (2015) is streaming on Amazon Prime. Jahmal’s most recent projects include directing the award winning short film The Anthem of Our Souls (2018), writing screenplays for feature films in development The Greatness and “Brackish Waters”, and directing the short film The Turnaround (2019). Jahmal Holland attributes his diverse storytelling through film and music, to growing up within the social and ethnic culture of San Francisco, California. He creates cinematic production about urban legends, ordinary people who do extraordinary things. His stories inspire and uplift traditionally underrepresented individuals and communities. Jahmal earned his undergraduate degree at University of California Los Angeles. His social science degree in Anthropology has been pivotal with writing songs in multiple genres including Hip Hop, Gospel, EDM and DubStep. His expansive variety of work includes writing stage productions, producing and directing music videos, acting, singing, hip hop and spoken word performances. Jahmal completed a Master’s of Fine Arts in Film and Television Production at USC School of Cinematic Arts. He and his wife reside in Los Angeles, CA.